Complete nucleotide sequence of a 43-kilobase genomic island associated with the multidrug resistance region of Salmonella enterica serovar Typhimurium DT104 and its identification in phage type DT120 and serovar Agona. 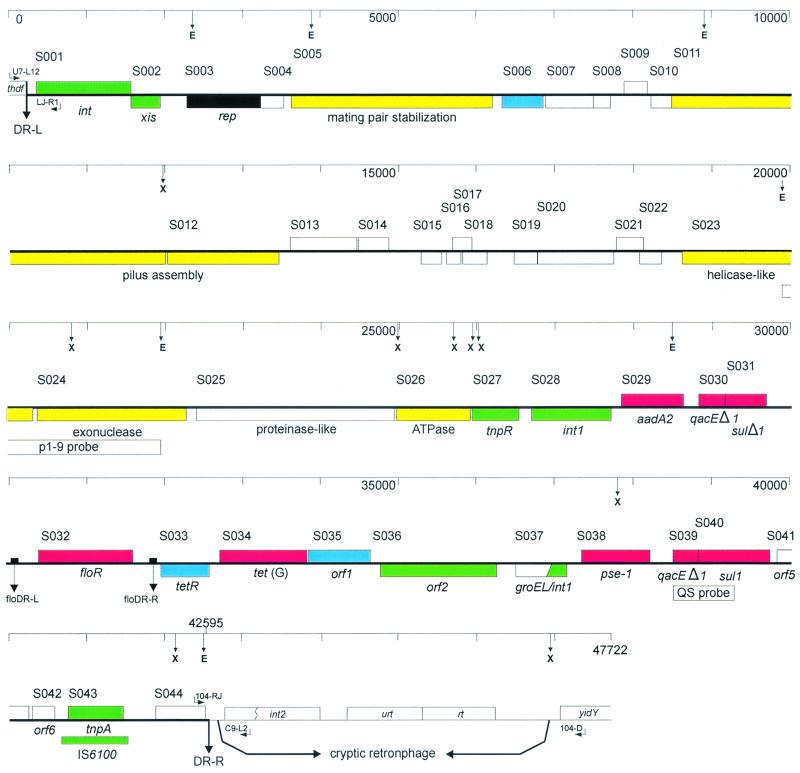 189:285-291, 2000), which harbors the genes associated with the ACSSuT phenotype in a Canadian isolate of Salmonella enterica serovar Typhimurium DT104. A 43-kb region has been utterly sequenced and discovered to comprise 44 predicted open studying frames (ORFs) which comprised roughly 87% of the whole sequence. Fifteen ORFs didn’t present any vital homology to identified gene sequences.

A 300 kilobase interval genetic map of rice together with 883 expressed sequences.

cDNAs had been derived from rice root and callus, analysed by single-run sequencing and looked for similarities with identified proteins. Nearly 260 rice genes are newly recognized and mapped, and genomic DNA and cloned RAPD fragments had been additionally sequenced to generate STSs.

Our map is the first vital gene expression map in crops. It can be the densest genetic map out there in crops and the first to be backed up comprehensively by clone sequence information.